A friend in France had tried for sometime to get a local tradesman to repair her garden wall without success.  I think she managed to get an astronomical price for a repair, but that was about it, I don’t remember how it happened exactly but I do remember offering to do the work for her.

The following year we travelled down to the Midi Pyrenees and toward the town of Montsalvy in-between Aurillac and Rodez.

It took a little while to find the house as the pictures we had seen had been taken very well, and it was a bit more tucked away than I thought, but then we found it.

The picture I had from the owner didn’t tell the whole story and within 5 seconds I realised it was not going to be the job I thought it was going to be. 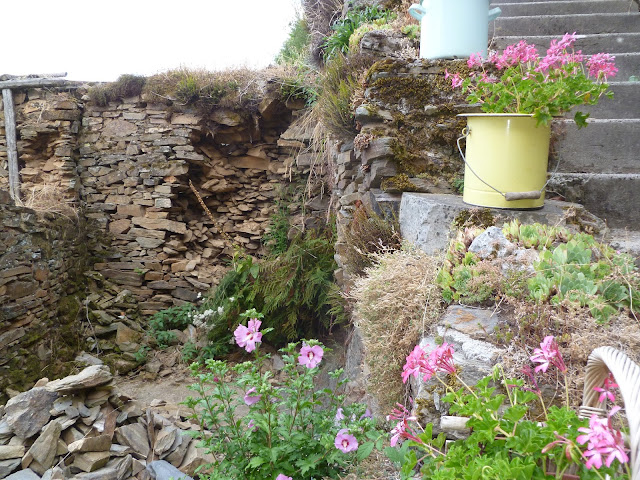 The picture I had didn’t show the overhang of the wall to the right and that this wall was supporting the main steps to the house, the wall that had collapsed was acting as some sort of buttress to it, I felt that taking the whole wall down at this point was not only going to destabilise the other wall but potentially bring it down with the steps and everything else. I was not in any position to make new steps, get rid of the old concrete, order new concrete and so on……. So, the work had to be more of a repair, and I would have to do it without the rulebook.

On stripping out the wall I also found that the foundation stones and lower part of the wall behind the fern here in the picture were part of the bedrock and could not be moved, again, this was not going to be the job I wanted to do, but I was here and was kind of committed, plus, it didn’t seem like anybody else was interested in the work so what did I have to lose? Have a look at the lean of the wall on the right hand side of me. 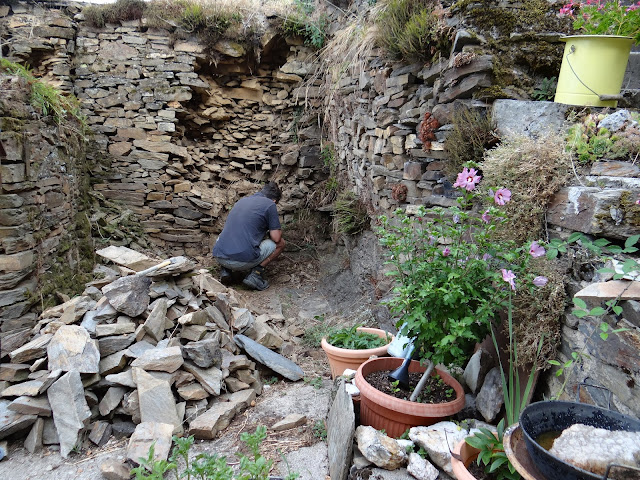 Now normally you would and should build both sides of the wall at the same time, this allows you to overlap stones, heart correctly and build a better structure. This wasn’t going to be possible, so it was repaired from one side. 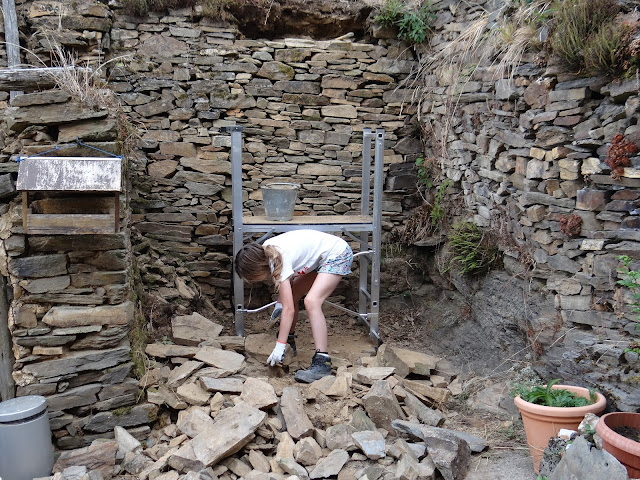 As the wall became a bit more of a buttress it was possible to remove the cope stones that were just hanging in mid air amongst the fern and grass on top of the wall, Anna helped by sorting out the hearting stones and passing them up to me on the staging. You can see my more horizontal approach to laying the stones than the local existing style. 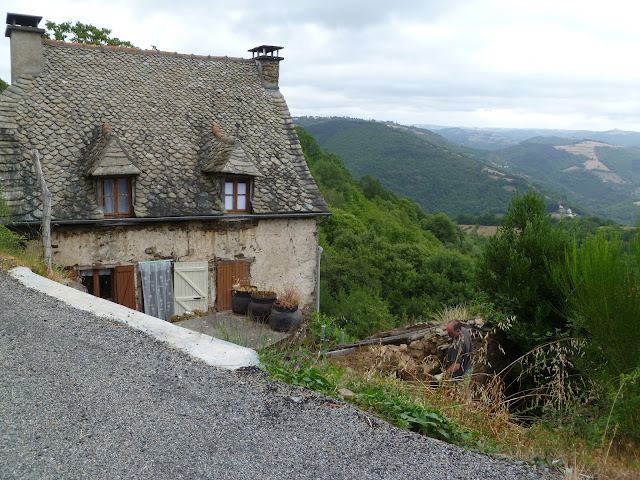 Then it was round the other side of the wall to build the last top foot or so of the wall in the normal way. You can just about see me in the bottom right hand corner.

And this is how I left it, tidied up, and with no hassle for the homeowner. 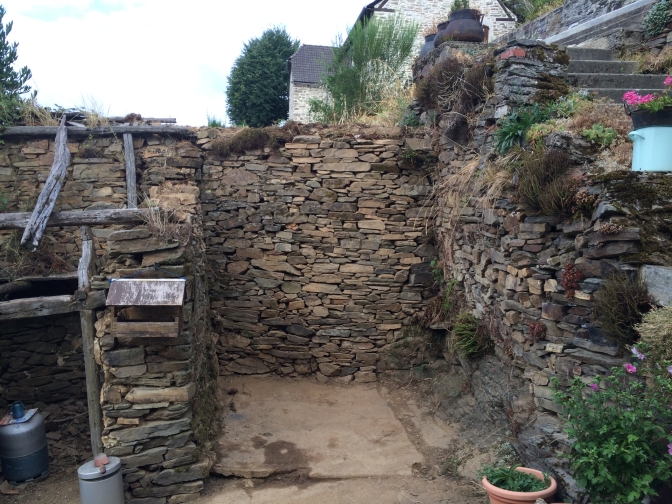 Following on from the UK leaving the EU, I am currently waiting to see how easy it will be to work in other EU countries in the future. Please drop me a line if you think I/we could be able to help you. if you have a BBQ and a place to stay you could find my rates very reasonable.